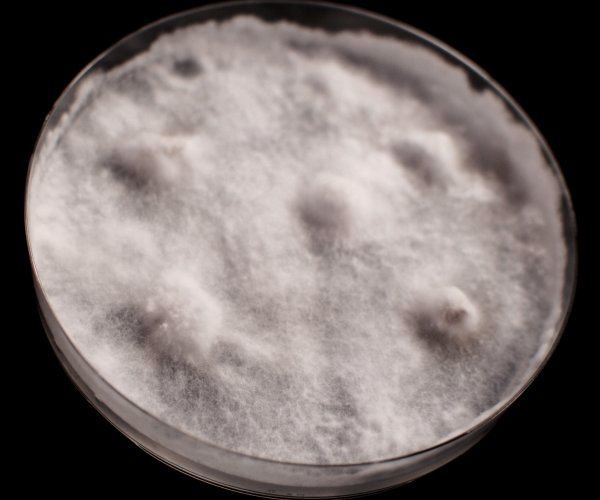 Trametes versicolor – also known as Coriolus versicolor and Polyporus versicolor – is a common polypore mushroom found throughout the world. Meaning 'of several colours', versicolor reliably describes this fungus that displays different colors. Mycelium is the vegetative part of a fungus or fungus-like bacterial colony, consisting of a mass of branching, thread-like hyphae. The mass of hyphae is sometimes called shiro, especially within the fairy ring fungi. Fungal colonies composed of mycelium are found in and on soil and many other substrates. 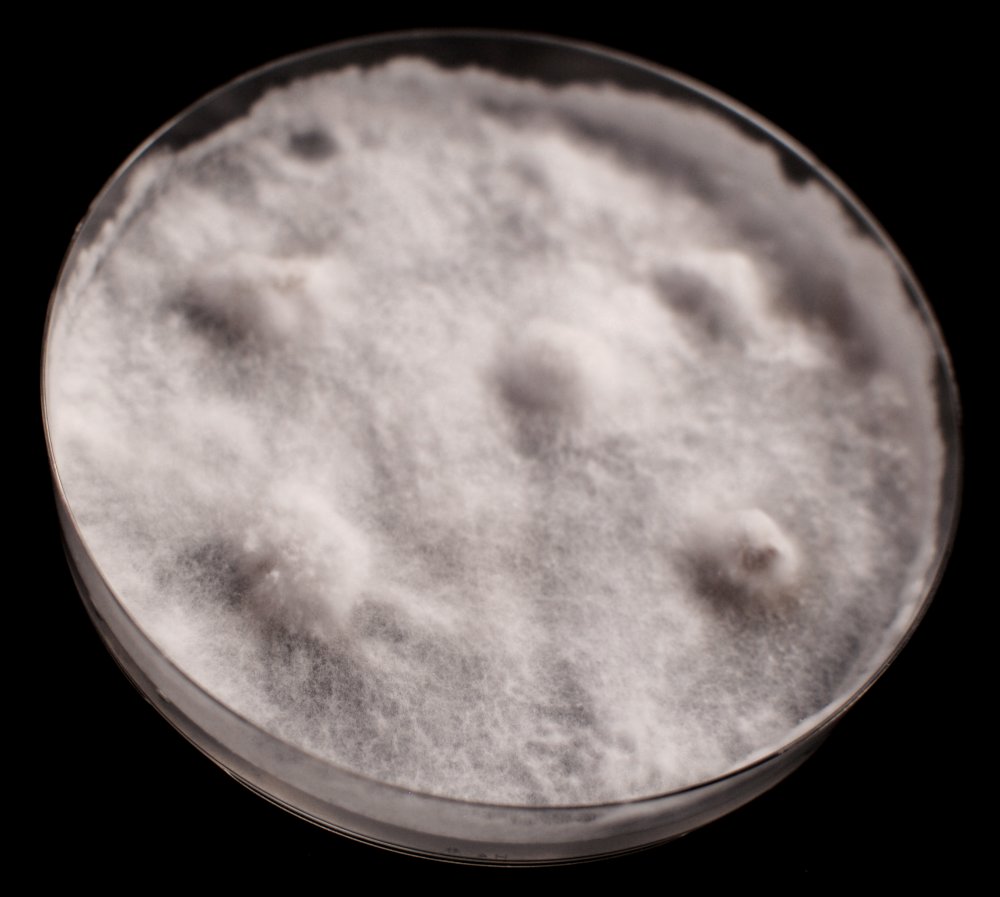